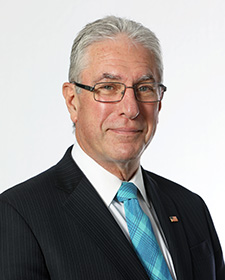 Mr. Hicks belongs to many professional organizations and has served in professional leadership positions including President of the Richard J. Hughes American Inn of Court, Chairperson of the New Jersey State Bar Association Committee on Medical Malpractice and as Faculty Member at the American Board of Trial Attorneys Trial College at Princeton University and Harvard Law School.

In addition to extensive trial experience, Hicks has had many successes in the Appellate Courts and was lead counsel in Crippen vs. Central Jersey Concrete Pipe, 176 N.J. 397, 823 A2d 789 (2003), in which a widow sued her late husband’s employer for covering up its failure to correct violations found by OSHA in its equipment circumventing the statutory Workers Compensation bar to employee lawsuits against their employer. Robert Hicks has been selected for inclusion in New Jersey Super Lawyers list since its inception in 2005.*

Volunteer Counsel for Partners for Women and Justice.
Volunteer Habitat for Humanity.